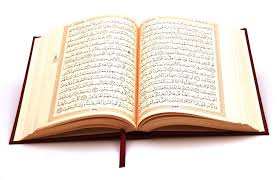 1 . QURAN IS THE INTERPRETATION OF GOD BY MUHAMMAD

Muslims believe that the Quran was verbally revealed by God to Muhammad through the angel Gabriel (Jibril), gradually over a period of approximately 23 years, beginning on 22 December 609 CE, when Muhammad was 40, and concluding in 632, the year of his death.

Sanction domestic violence and say women have to obey men.The Quran has given higher suppiriority to men Then women But in actual facts men and women should be considerd as equals.

3.Women to cover up from head to toe

Women should cover there head to toe. They should where burkha and not expose there skin at all. Tight and skin exposing clothes are straight no.The mind set of

Quran also says about the forced convertion.Quran any one who is a non muslim can be converted into muslim by force .This kind of ideology of voilence and force full conversion should not be implimented

When people try to put light on grey area of their religion they shout out.
The people tell them what is wrong with Islam, He is threatened to be killed.
When People want to leave Islam, A fatwa is given to kill the kafir.
Why Islam is so reluctant to accept the bad things by it, When some Muslim group do something heinous crime like, rape, genocide forced conversion, They do not try to look into the matter and flush the critic by saying that they are not real Muslim!
What is real Muslim, They are Muslim, And yes they were with you at some point of time,
What makes Islam so rigid to accept anything against it. ? Is it because of Quran ?